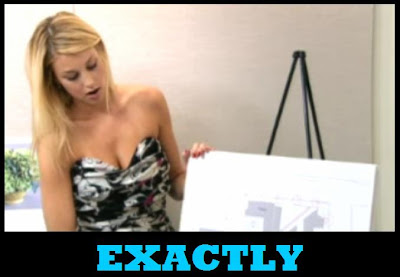 Thanks to the millions of emails alerting me that Whitney’s new Hills spinoff called “The City” has offically been picked up and will air towards the beginninK of the Spring. Really? The City? What ideas got shot down before that title was agreed on?

What a real craptastic treat it will be for me to be able to to recap 2 horrific shows on a weekly basis. As if my social life couldn’t be more in the can we add this to my white-trash plate of crap to do. Oh well. I’ll do it for my country and I’ll do it for Whitney.

Here’s a little about the show according to Us Weekly who seems to blow anything “Hills” related every chance they get.

According to the release, Port, now a Diane Von Furstenberg employee, reunites with “a best friend from her past” and meets “a guy she’s head-over-heels for.”

“Surrounded by all new friends, pursuing a fresh love life and starting to work in the upper echelon of the fashion industry is a lot to navigate for a new girl in the big city… especially one who has everything to lose,” the release reads. “In a city full of people with their own agendas, Whitney will have to quickly decide who she can trust and who to stay away from.”

I’m not going to lie, I may tune in simply for the fact that I am anxious to actually hear Whitney try to pronounce, “Von Furstenberg.” Who else thinks she’ll be calling her, “Van FurtenberK?”

Lauren is said to be happy for Whitney because she’s such a “likable person.” That is true. Whitney doesn’t drizzle douche when she’s on The Hills, so I don’t know how much drama there will be besides the dead-on assault Whitney will lead against the English language. It’ll be worse than me trying to spell on this here blog. Cripes! Good luck to the both of us.

Whitney, I’ll be looking for you every day now that you’re in NYC. If you feel someone tackle you with a laptop, camera, and cell phone….don’t try to fight it. It’s just me.

This will be interestinK and as I saiT before, Whitney is a real prize who should do well on her own. I lie.