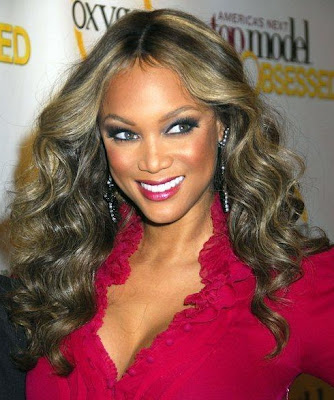 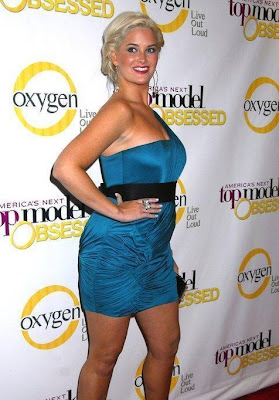 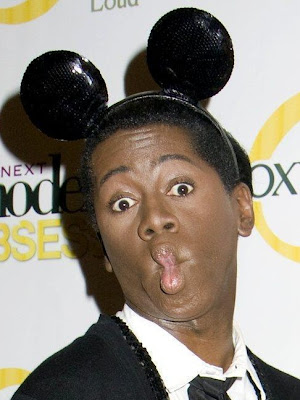 Oh where to begin? Where. To. Begin. After I came across (not literally) the picture of Jaslene, I ended up digging up some pictures of Tyra and her gang of lunatics at the Oxygen Media Launch Party for “America’s Next Top Model: Obsessed.” Yeah. Doesn’t that already exist? Isn’t it already called “All Day Saturday’s and Sunday’s on MTV and Vh1?” I’m pretty sure they’re more obsessed with ANTM than any other channel possible. But I digest.
Tyra brought out her fiercest pose and not only smiled with her eyes, but smiled with her boobs as well…which I believe is first. Next up, Whitney (the plus-sized Anna Nicole Smith lookalike) posed on the red carpet in a way that made me feel like she was about to “release #2” right there on the spot. I would have paid top dollar to hear her say, “You want some monnnney? You want a Viperrrrrr?” Oh well. Finally we have Ms. J who, of course, is inexplicably wearing Mikey Mouse ears to go along with his suit and tie. Thankfully, he reminded us of exactly what Tyra’s vaginastein looks like. Just when you think you forget….you remember.