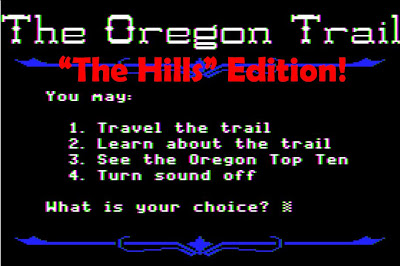 Walk with me, my friends, as IBBB mixes two of his favorite things in life: The Hills and Oregon Trail. If you’re like me, you’ve always wondered what horrible diseases the cast from The Hills would die from and, well, I’m here to provide you those answers. So, get your oxen ready, buy some boxes of bullets, store the extra wagon wheels, and buy a few extra sets of clothes because it’s gonna be a bumpy ride up to The Oregon Trail. Yeeee Haw! 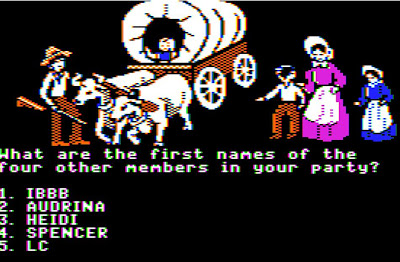 ~ As the wagon leader, IBBB invited some of his favorite Hills cast members along for an all expense paid trip. Saddle up Audrina! Pack your chin, Heidi! Bring your beard bleach, Spencer. And do whatever it is you do, Lauren because we are just about ready to shove off! 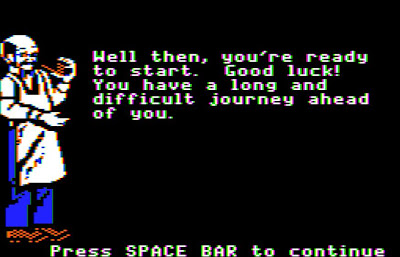 ~ IBBB, of course, chose to be the “banker from Boston.” I didn’t buy too many sets of clothes because I was hoping that Audrina will eventually become “exhausted” whilst on the trail and perhaps show her rack and/or “gentlemen greeter.” We may need those things easily accessible in case some robbers try to steal our crap when we’re broken down on the side of the dirt road. 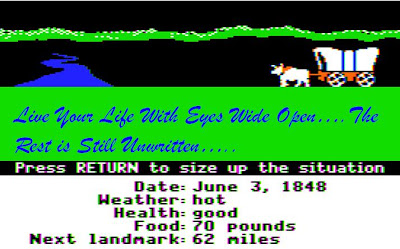 ~ This is going to be a great journey! It’ll be the same as when LC left Laguna Beach and traveled on her “big dangerous adventure” to Los Angeles. The rest is still unwritten….. 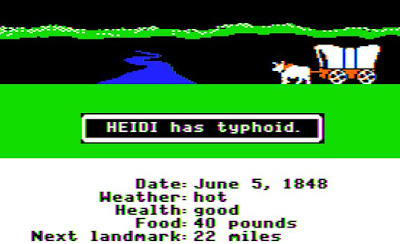 ~ Honestly, we’re not even 2 full days into the trip and Heidi already has typhoid. She is such a drag (queen). We brought her to a nearby doctor and their opinion is that her chest and/or chin is about to explode due to “being a whore.” Hey, it’s the year 1848. What doctors have ever heard of “breast implants” or “chin removers?” We’ve asked Heidi to sing some of her magical songs to help lift her own spirits. This may cause sickness for others in the wagon, but we’re not ready to lose Heidi yet. 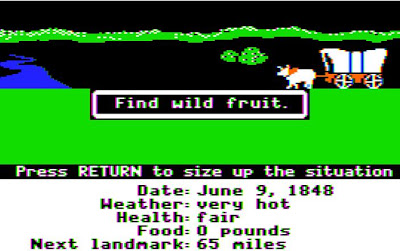 ~ What luck! We’re already out of food, but come across some “wild fruit.” We had no clue that Brody and Frankie would gracing us with their presence! What a treat. 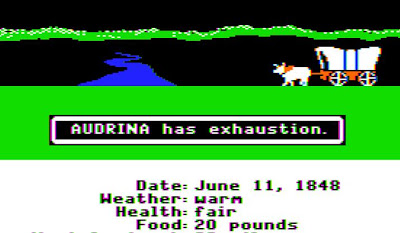 ~ Here we go again! Audrina is an f’n mess. She’s been diagnosed with “exhaustion” but we tried to inform the doctors that she always looks like this. She tends to look up at the ceiling which makes her look sleepy. With all the “performing” that Heidi’s been doing in the wagon we’re not sure how much more Audrina can take. 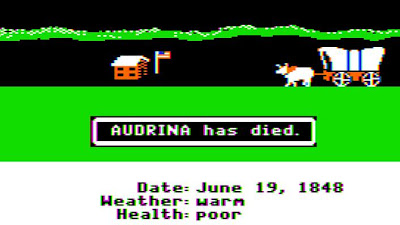 ~ Audrina could only take about a week of Heidi’s performance of “Higher” before she went into the light. Audrina passed away on June 19th. We did allow, however, one of the oxen to make sweet, sweet love to Audrina after she was pronounced dead. It’s the “circle of life” people. Get over it. We have removed Audrina’s beaver teeth (I said teeth…we left her actual beaver in tact) and are using them to help dig us out of the mud when we get stuck trying to cross the deeper rivers. It comes in handy for that….and to help remove many of Spencer’s Santa Pubes from his beard. Audrina was a real giver until the very end. R.I.P Teef. 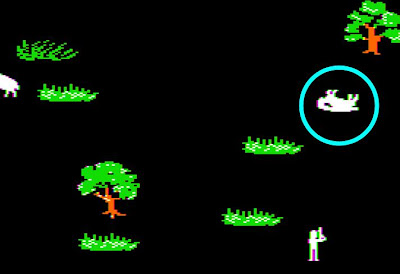 ~ Ugh. Everyone is sick and hungry. These guys are the f’n worst. I head out of the wagon for a little hunting session and bag me a buffalo. I’ve now provided us 100 pounds of meat. It’s strange because I’m convinced these chicks have eating disorders, yet we never have any food. As a sidenote, I dragged Audrina’s toothless body into the forest to try and lure out the buffalo. It worked. I then allowed the buffalo to make sweet, sweet love to Audrina. Looks like she bagged herself a buffalo husband. I left her in the woods. 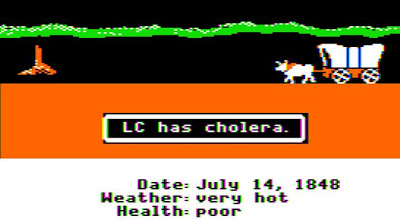 ~ It’s insanely hot out and LC got herself a case of Cholera. None of us know what that is but we assume it’s like herpes. We all sit about a campfire and tell stories of the days when LC used to date J Wahl. We should’ve invited him. Next time, maybe.

~ LC fought off her herpes-like virus for almost 10 days, but decided to visit Jesus instead of Oregon. As we tossed her in a shallow grave, we added “She’ll Always Be Known As the Girl Who Didn’t Go to Oregon” on her tombstone. It just seemed fitting. 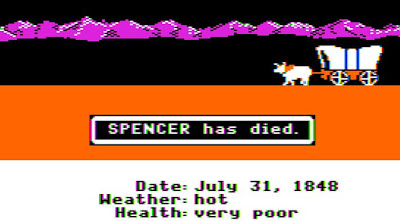 ~ Not one to let LC control things, Spencer died shortly thereafter but was never sick up until this point, which was strange. We suspect he wanted to follow LC into hell (which is where she ended up). We skinned off Spencer’s “Santa Pubes” beard and made a very 1848 stylish hat for Heidi. 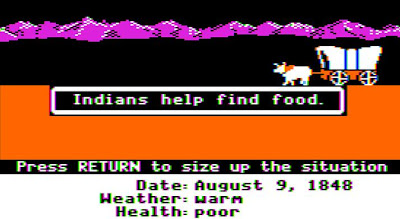 ~ Just when things seemed like they hit rock bottom, we lucked out a bit. You see, “Indian’s” helped us find some food, which was great! It was also very ironic because The Hills seldom allows other nationalities to make it onto their show. This is probably only why it “says” that Indian’s helped us, yet we didn’t actually “see” them. Regardless, the food they found us gave Heidi the shits. 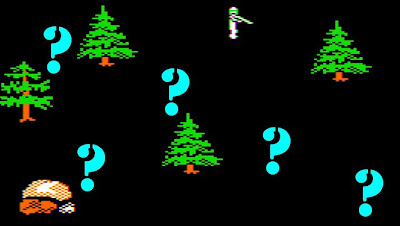 ~ I decided to head out hunting again, but it was just basically to get away from Heidi. Dear God that bitch is annoying. There weren’t any animals roaming around the forest so I took out Audrina’s teeth and had a 20 minute conversation about the awkwardness that we all felt when she was still alive and trying to become friends with Heidi again, even though LC was sitting right there in the wagon next to her. This conversation made me feel good. I swear I thought I saw those damn teeth smile back. 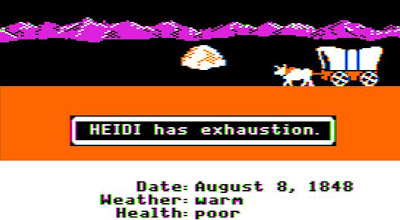 ~ Heidi isn’t doing too good, you guys. She is f’n exhausted! Heidi’s realized how hard it is to lip-sync to her music video, chase seagulls around, AND hold the video camera and boom box all whilst flailing her arms. It took a lot out of her and she realized just how much Spencer helped her that day on the beach as he filmed her video for “Higher.” 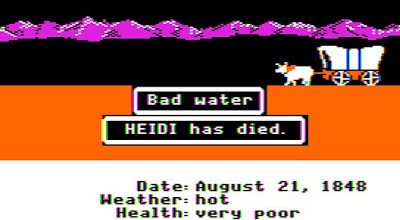 ~ I tried to convince Heidi that the drink I was giving her was tequila. She drank it down and started calling me “Jose.” We both smiled at each other, but what Heidi didn’t know was that I didn’t give her the tequila that she normally liked to drink on various episodes of The Hills, but it was just “bad water” instead. Similar to the episodes, Heidi did start saying every stereotypical Spanish thing she could think of. She assumed she was drunk. She wasn’t. I guess she was just racist. Heidi died on August 21, 1848. I sprinkled her new boobs, new chin, new weave, new lips, new nose, and new fake tan all across the glorious Mississippi River. It was touching. I was, however, a little relieved to be away from the cast. God works in mysterious ways. 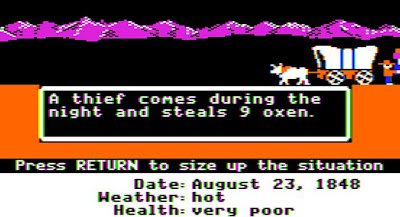 ~ Well, it’s just me in this funky smelling wagon. A thief came in the middle of the night and stole 9 of my oxen. It was dark and I could only make out a little bit of what the thief looked like, but it had shoulder length stringy black hair, white pasty skin, tired looking eyes, and some jacked up teeth. I’m almost certain it was Kelly Cutone who robbed my wagon. She may have robbed my wagon, but she rocked my world. 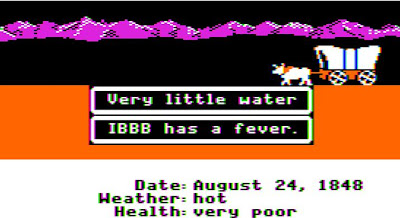 ~ Ugh. Is everyone else this hot or is it just me? Am I hearing things? Now why am I freezing? Damn it. I bet I have a fever. I ask my one remaining oxen to see if I have a fever and he just kicks me in my junk. 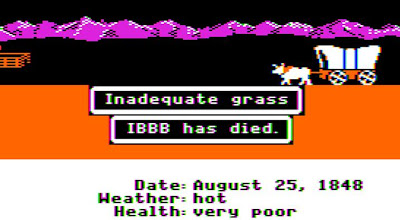 ~ Well, it got worse you guys. It looks like I didn’t die from the fever, but from “Inadequate Grass.” I didn’t know you could die from lack of pot, but apparently you can. Oh well. 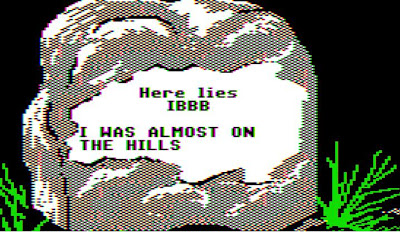 ~ In my final resting place I got to decorate my own tombstone. Jesus Claus and the makers of Oregon Trail are good like that. I had a wonderful trip with all my Hills friends. There was no doubt in my mind that I would, of course, outlive them all. All of us are in a meeting right now with Jesus (who strangely enough is 100% Irish) and we’re asking him if he knows why he programmed Whitney’s brain to add the letter “K” to words that really end with a letter “G.” He said he was thinkinK about it and would get back to us. Drat.
www.myspace.com/ImBringingBloggingBack