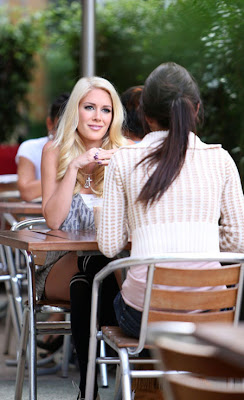 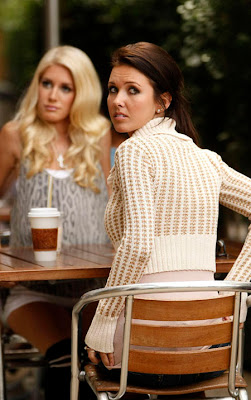 I would just like to say that one of the best decisions I ever made was to buy the domain http://www.justinbobby.com/ a while ago when J Bob first made an appearance on The Hills. The $10.00 investment was clearly worth it as J Bob never seems to be out of The Hills spotlight.
Moving on, by now you know that Lauren and Audrina are fighting via their Myspace pages over an alleged rumor that Steve Sanders allegedly told Perez Hilton that LC hooked up with Justin Bobby. Brilliant. Lauren then wrote on her Myspace page all this crap about how that was not true and she even threw in some jokes about J Bob being dirty, not showered, etc. Audrina then figured out how to type and took to her Myspace page to say that she doesn’t know what to believe. Obviously this set off LC and now the two are supposedly not talking at all.
Now, I’m not sure if Lauren and Audrina actually know that they’re in their 20’s and fighting over Myspace. Do they know this? Maybe they forgot they were in their 20’s and thought they were passing notes back and forth to each other in homeroom.
I, for one, am calling bullshit on this entire story(line) as (1) it’s retarded (2) Perez is involved (3) The Hills really took off when the first LC rumor hit the Interweb and with ratings for The Hills down greatly from last season a fake rumor is just what they need to bring ratings back up and (4) I want to have a Myspace fight with Audrina and Lauren.
The photos above are of Heidi and Audrina having some coffee while shooting new scenes for The Hills. I bet those cups are empty….and I’m not talking about the one on the table.