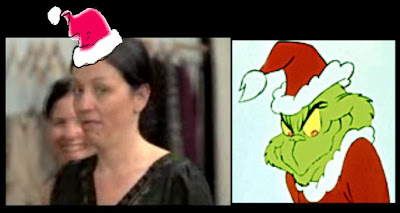 Like a 17 year old cheerleader who thinks she may be pregnant since she missed her period, this recap is better late than never.
As you know I was in LA for almost a week hunting down Lohan. No luck with that. I did, however, score a one-on-one interview with Chelsea Handler, which I will have ready for you all to read next week. You’re welcome. Ok, so before I go into this Hills recap I do have a funny Hills related story to tell. I met up with my friend Lauren whilst out in LA and one night when we were out some French dude was hitting on her and asked for her number, which she gave to him. She told me he was from Paris….and that she wasn’t going to call him…..to which I replied, “Lauren, you don’t want to be known as the girl who never went to Paris.” Seriously, after about 15 beers that joke was shit-your-pants funny. It’s like the Hills gods set me up with that one. Oh, and my buddy Doug was with me so the whole time we called him “DouK.” I am officially, a loser.
Anyscript, here’s what went down on the last crapisode of “The Hills.”

Sweet, The Hills is on Sunday too? Great. When will they stop controlling my mind?