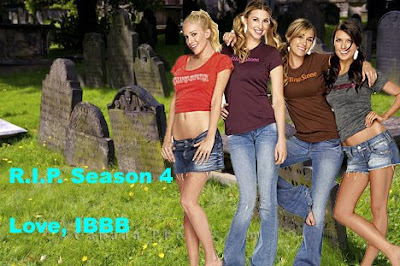 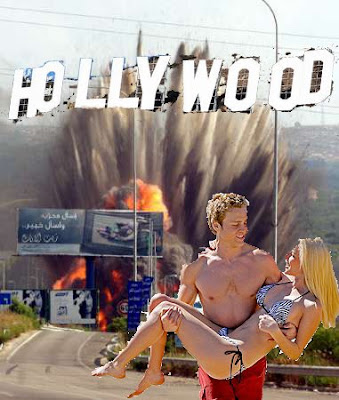 Wow. Season 4. Yup. Yeah, so. Er….uh. Hmmm. Yow. Eesh. Yuckeroo. Sorta at a loss for words. Lives were saved. Conflicts in the Middle East, resolved. Diseases cured. That’ll wrap up the entire 4th season.
In what is the last Hills Recap from IBBB of Season 4, let us dry our drunken eyes and come together as one. And by “one” I, of course, mean “a large group of tools.” Hoe’s perhaps? Be sure to check back at IBBB next week for the first recap of “The City.” That’s right. I’m selling out and recapping that too.
Here’s what went down on the season finale (finally) of The Hills Season 4: Scripted Boogaloo:

Well, that’s it, kids. Another season bites the dust and bites me in the ass. Until next time, I bid you a fond (and scripted) farewell. I thank you for sticking with IBBB week after week and day after day.

What did you all think of the season finale? What was fake? What was real? What should happen in Season 5?