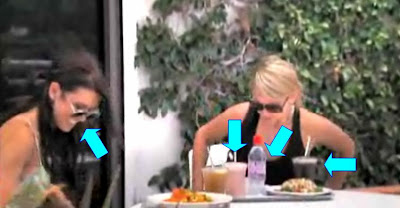 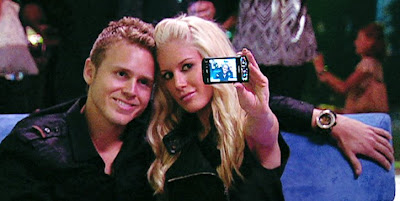 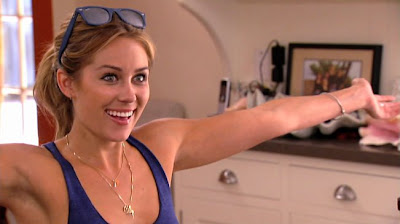 Similar to the Three’s Company episodes where Chrissy Snow would be “visiting her aunt in the mountains” and, therefore, would barely appear in the episode, Lauren Cockring is heading out of the country and the rest of the cast is tasked with carrying the show. Will LOser and Audrina exchange awkward blank stares? Will Heidi’s new chin, new boobs, new nose, and new lips get more camera time? Will we be fooled that DouK really wants to date Stephanie Pratt? All of this and much less will be answered. Here’s what went down last night on The Hills:

So, next week, I could hardly careless about the Sandy Sanders/DouK thing. After seeing the previews I am beside myself with excitement because Heidi’s mom, Darlene, is in town and then does this horrifically ugly cry why she and Heidi are at lunch. I can’t wait. Oh, I hope she brought Heidi’s horse from Crested Butte! That equals world implosion!