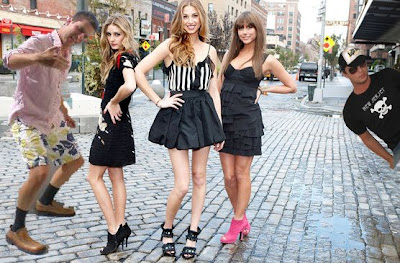 Before we even get into the “lack of episode” that took place last night on The City, let’s discus the opening credits. First, is it normal that as soon as I hear that cow bell during the opening my stomach starts to turn? Sometimes there’s more excitement during the opening credits than there’s in the entire show. But I digress. Second, I still admit that I love Olivia. However, how come it looks like she’s ready to fight me during her opening credits scene? She kinda squints her eyes and shakes her head “no.” Perhaps she’s trying to push one out. One can’t be sure.

Ok, so what did you guys think of this crap? I don’t know if I have it in me to recap each episode this season. This show is kind of “bathroom break” material….meaning that during The Hills when they would show this stuff, I would go to the bathroom. Was that not clear?