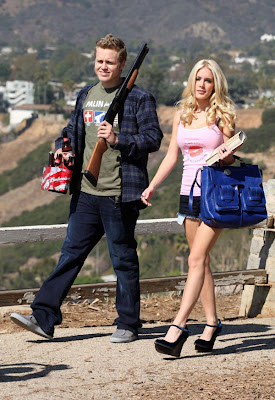 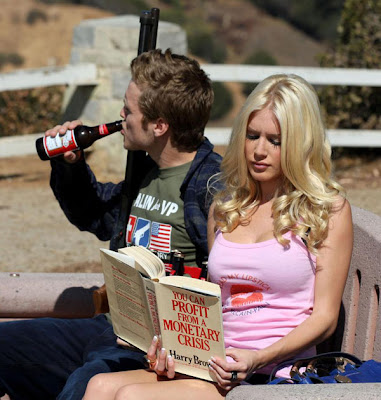 First of all if you’re not going to play “Murder/Suicide” than I don’t want to see these pictures. Second of all, I don’t care why these pictures were actually taken…there is no part of me that believes that Heidi Montag can read more than 4 words (boobs, nose, chin, lips). Third of all, I’m waiting for the pictures in which Spencer/Steve Sanders finishes that 6 pack of WhiteTrasheiser bottles and pummels the ever living pee pee out of Chin Montag.
Stuff her body in that blue bag and then the both of you can jump off that cliff behind you.
I’m just playing. Keep doing The Hills. Thanks.
www.myspace.com/ImBringingBloggingBack