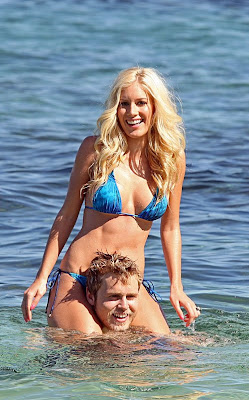 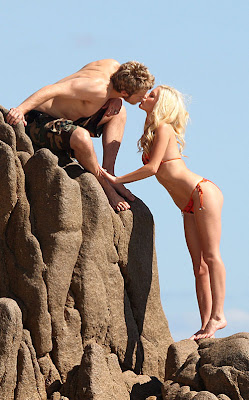 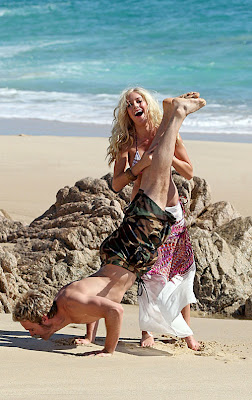 These two can officially kill themselves. I am now giving them permission to do so. Heidi, her new chin, new boobs, new nose, and Steve Sanders filmed riveting scenes for upcoming episodes of this show they’re on. That show is called “The Hills.” Apparently it’s been on for a while.
Whilst the two frolic on the beaches of Mexico I can’t but help to be reminded of a simpler time when Heidi was running on the beach with her arms flailing all about (ideal for the Hokey Pokey) chasing seagulls who were probably infested with rabies. Maybe it was Heidi that had the rabies. Either way someone or something had rabies and I was happier back then.
www.myspace.com/ImBringingBloggingBack