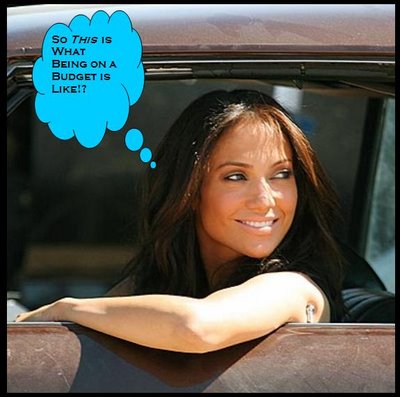 Make no mistake about it. Saint Jennifer Lopez would NEVER be caught dead driving this type of a car, ever. At least not since the days she was living out of one in the Bronx. Saint Jennifer Lopez de las Bronx is filming her new video for her new album, “Como Ama Una Mujer,” which I believe is Spanish for “Only Dogs Can Hear These Songs.”
She was spending time filming in the Las Vegas desert and I’m sure she raised hell while she was there. Her singing talent wasn’t the only mirage in the desert.
Source it Up!