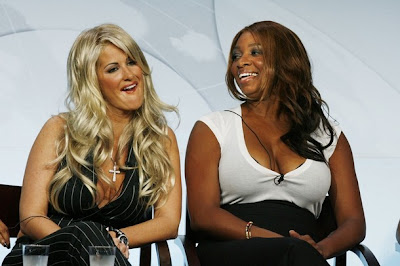 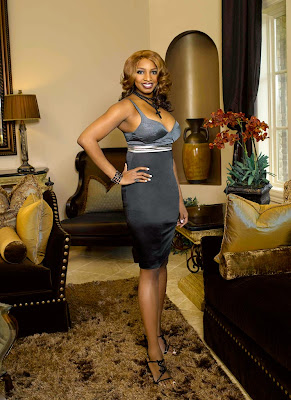 I don’t care, I’ll admit it. I may or may not have seen an episode or two of The Real Housewives of Atlanta. I’m fine with it. I mean, to me this is like a remake of my old favorite 80’s sitcom 227, so I was looking forward to it.
I have two favorites already. One, of course, is NeNe Leakes. You know how in between scenes they show the “show stars” posing with their family or something? Yeah, well NeNe does “air z-snaps.” I was hooked. My other favorite, of course, is Kim. No idea what her last name is and it doesn’t matter. She’s the white one. Actually, scratch that. She’s the white one who pretty much looks like she does $2 dollar sucky sucky on the streets of Atlanta. Oh, and she wears what I will now refer to as a “Whores Wig.” Isn’t she rich? Can’t she afford a better haircut? Even in Britney’s “crazy days” when she was wearing all sorts of fright-wigs she still looked classier than Kim.
I do love Kim though. She’s trying to be a country singer, but I’m pretty sure she’s originally form Jersey. Oh, and she drinks and smokes in almost every scene she’s in. She’s a delight.
Anyrot, NeNe has recently said in an interview that she wants her own reality show, wants to be an actress, and would like to be “the black Lucille Ball.” No really, she said that. Well good luck to her.
Anyone out there watching? Discuss.
www.myspace.com/ImBringingBloggingBack
Source It Up!