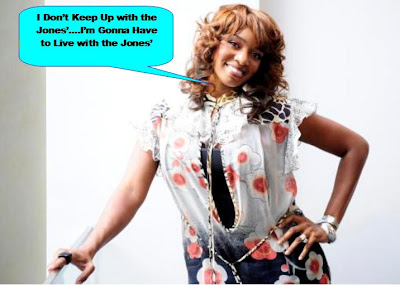 NeNe must have thought she only owed $29, but she really owed like $89. According to AccessAtlanta NeNe Leakes and her husband Greg have gotten the boot from the house that they were living in while filming the Real HOusewives of Atlanta. The broker for the home claims that NeNe and crew moved out in November after they were served an eviction notice in September for failing to pay $6240 in past due rent.

But don’t start spreading rumors that NeNe is broke! She was emailing sassified responses about where she lives now, such as:

“It’s none of your business.” NeNe continued to say that they “are financial able and stable to live wherever we feel fits.” Yes she said “fits.”

Uh oh! This isn’t sounding to good for NeNe. She better start looking to date and marry some famous ath-uh-lete or she won’t be able to live the fab-uh-lous life any longer.