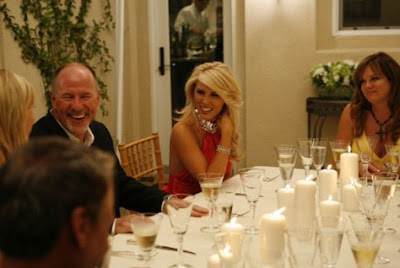 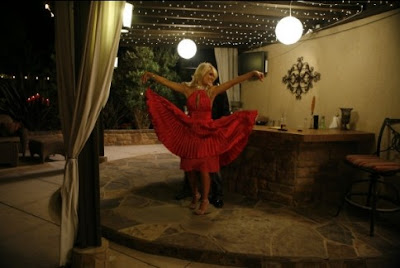 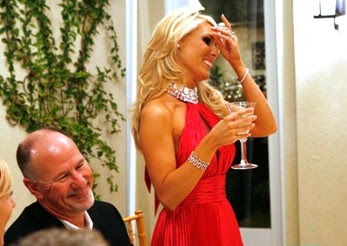 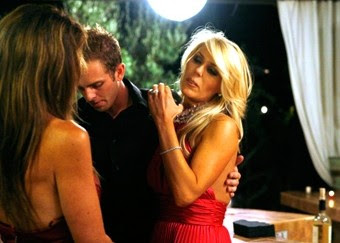 Like many of you, IBBB reader and friend – Debil Dog, has asked me numerous times to watch The Real Housewives of Orange County. She was adiment about me watching last nights episode so I Tivo’d Nip/Tuck and tuned in for the drunken debacle that was RHoOC.
First off, watching Tamra go to etiquette class is like watching Britney Spears trying hard not to say “y’all.” She’ll never quite get there. After completing her class, Tamra decided to throw a fancy dinner with some random chef for the whole cast. This consisted of food and a ton of alcohol. Sadly, I was without alcohol so I could barely make it through this crapisode. That was until Gretchen started to get shit-tanked.
Look, Gretchen is hot. I know it. You know it. Everyone knows it. I just wish she looked more like she was 30 and not so much like 40 and like one of “Barker’s Babes” from “The Prices is Right.” Let’s take a journy out of the 90’s and head on in to 2009.
With all that said, Gretchen totally made this episode. She got drunk. And when I say “drunk” I really mean “one tequila shot away from getting her stomach pumped.” I love when reality show people get real drunk and not faux-drunk. Gretchen was slurring her words, grabbing her boobs, lifting up her dress, and flirting with Tamra’s creeptastic son, Ryan, who looks like he’s ready to become a professional diddler. My favorite part, of course, was when Gretchen started to yell out “Tamraaaaaaaaaaa TamRaaaaaaaaa.” Pure brilliance. You know the part.
I was a little disappointed at how extra d-baggy Tamra and Vicki were for making sure Gretchen hit the “4th sheet to the wind.” She was fun at 3-sheets, but got a little sloppy at 4-sheets. I figured it was just because Tamra is white-trash, so getting other people hammered is like an Olympic event for her and Vicki is dead inside, so this helped bring her back to life.
The episode ended with Gretchen (who’s engaged to some dude who is in the hospital with cancer) leaving the main party and heading into the bathroom with Tamra’s son. At first you can hear Gretchen telling Ryan that he can’t kiss her or hug her because she’s “with a great guy” already, but then she says that “he’s really turning her on.” Then they cut to …..”to be continued.” Damn it all to hell, now I’m going to need to watch next week. Either way, Gretchen’s hot. Sometimes hotness makes you cheat on people. Sometimes those people are dying in the hospital. Sometimes that happens. And “Ryan” is going to look like even more of a tool if this did happen because he tried to hook up with a drunk chick (which is normally fine) whose fiance is dying in the hospital. Way to go, dude.
Oh, by the way Lynne and her husband were there, but no one seemed to care.
What did you craptastic readers think of this crapisode? Do you think Gretchen went down for a little sucky sucky or do you think it’s just crafty editing?
www.myspace.com/ImBringingBloggingBack