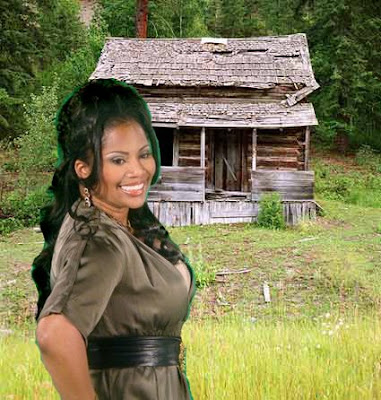 Seriously, I think I hit “tilt” on my Photoshopping skills. Anyfoundation, Deshawn Snow of Real Housewives of Atlanta “fame” will not be appearing in the next season of the show. Apparently, the producers don’t think that Deshawn is as trashtastic as the rest of the cast. That was the nice way to say it. I think unless Deshawn sported a Barbie “landing strip” wig and wrote a follow up to Kim’s “Tightrope” song there really wasn’t much more that she could do for the show.

According to Essence Magazine (which was always on display in the Huxtable residents), Deshawn was just given the crappy news by producers just the other day even though they already talked to her about Season 2 in late December. Check out an expert below:

ESSENCE.COM: What reason did they give for not inviting you back for the second season?SNOW: [One of the producers] called and said that I was “too human for a circus show” and that because the show did so well, they are about to pump up the drama and they didn’t think that I would fit in. He gave me an example, saying that during the reunion when I found out what a few of the other ladies said about me, they were expecting me to say more, but I’m not the type to go “television” and start acting crazy because somebody’s talking about me. I’m fine with the decision. It wasn’t my decision. They let me go and there are no hard feelings. I am thankful for the opportunity.

Looks like Deshawn will have a little extra time to throw her brilliant charity events and hire her house manager.