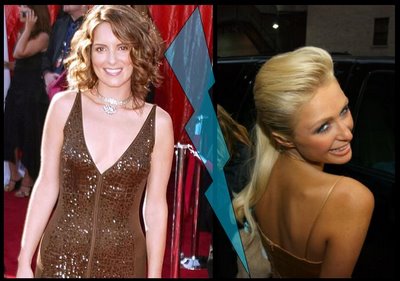 Tina Fey stopped by Howard Stern to promote her show, “30 Rock” and it’s move to Thursday nights, but not before giving up some info on some horrible guest hosts of Saturday Night Live. Typically the hosts were great according to Tina, but everyone now and then you would get a bad one. And, cue Paris Hilton. Tina thought that Paris Hilton was a “piece of shit.” Most of the cast felt the same way too.

According to Tina, Paris had asked them to write a skit so she could play Jessica Simpson because she hated Jessica and thought she was fat. Paris was also so uninterested in anyone but herself that the cast actually had a bet going to see if Paris would ask them anything personal like, “how are you?”

I say, awesome! I mean who doesn’t get that douche bag vibe from Paris?