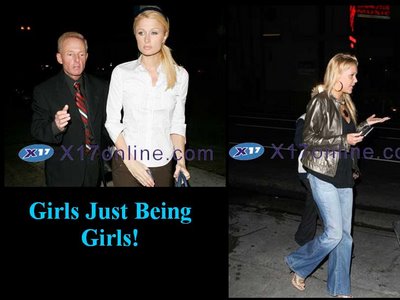 According to my friends at X17 a fight between Shanna Moakler and Paris Hilton broke out at Hyde in LA.

Allegedly around 1:30 am (when I had been sleeping for hours) Paris poured her drink on Shanna, to which Shanna punched Paris right in the face. Maybe it put her wonky eye back in place?

Paris then darted off to the police station (her second home) to file a complaint against Shanna and Shanna, supposedly, did the same thing. Um, I’m not sure if these two know it, but they’re fighting over Travis Barker. Really.