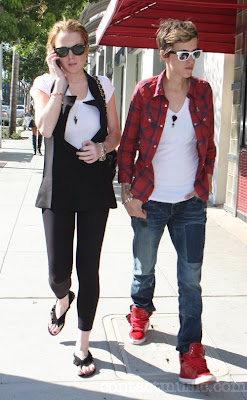 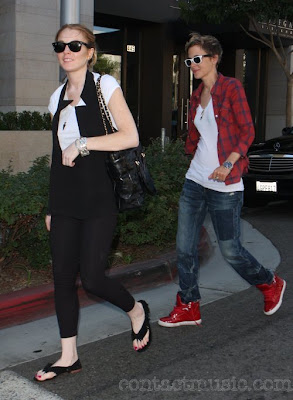 R&B singer, Ne-Yo, has apologized for thinking that Lindsay Lohan was going to suck (and not in the good way) while he was producing her single “Bossy.” Personally, I had assumed that the share number of freckles covering ones body somehow negatively impacted ones vocal chords, but apparently I was wrong as well. I’m sorry too Lindsay.
According to an MTV report, Ne-Yo has said, “Straight up and down I thought it was gonna suck. I was like, Lindsay Lohan are you joking? Are you serious? What the hell am I going to do for Lindsay Lohan? I took it as a challenge. And we put together a record for her. It’s a quality record. One that I didn’t think she was going to be able to pull off. Again, I will admit that. Straight up and down. I had to eat my words. I tried to call her and apologize for the assumption.”
Yeah. Straight up and down. What the hell does that mean? And what does he mean he “tried” to call her and apologize. Did he apologize or not? Perhaps his phone broke while he was dialing. It happens.
Anyfreckle, the photos above are recently take of Linds and Samantha Rotten shopping around Malibu. Sam tries to hit as many lesbian stereotypes she can by sporting her little boys haircut and wearing a red flannel shirt…..in the summer…..because that makes sense. Take a bath!