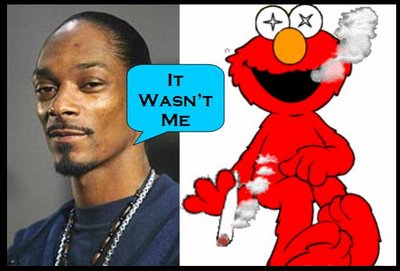 Yes my friends it’s true. Pick your jaw up off the ground. Snoop Dogg has been arrested at a California airport on suspicion of drug and gun possession. The horror! I don’t believe it for a minute! Snoop is a quick one though because he already posted bail of $35K and will be scheduled to appear in court on December 12th.
You would think Snoop would be smarter about this by now. He should have gone the Paris Hilton route and hid his drugs in a “Tickle Me Elmo” doll. That way if he ever gets busted again he could clearly place the blame on Elmo and just say that he’s laughing cuz he’s high. I’m such a problem solver.
Who Said What!?!