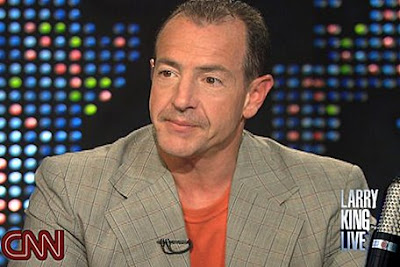 Michael Lohan is pissed…..and about 3 days late. After Anderson Cooper was co-hosting Regis and Kelly and took a verbal crap on Ali Lohan saying she was “allegedly a 14-year-old girl, looks to be about 60… I say that with concern and love. She allegedly wants to be a singer and or actor-slash-performer of some sort, striptease person, I don’t know.”
Well then Dina got all extra tanned and fired back a dumb statement saying, “People are just cruel! This is bad karma for him” to OK! Magazine.
Then after Dina said that, Anderson pitched another fit and issues another statement saying Dina probably didn’t even see him on Regis and Kelly because, “she was probably out clubbing.” Oh no you just did not!
So, like 3 days later Michael Lohan got involved and issued this statement: “I think Anderson Cooper is an opinionated, hypocritical idiot who should be an adult and keep his opinion to himself. He is the last person to judge anyone, when he and his own family have their own issues.”
…..to which the homeless man responded, “Dude I just wanted to know if you had any spare change.”
Source It Up!
www.myspace.com/ImBringingBloggingBack