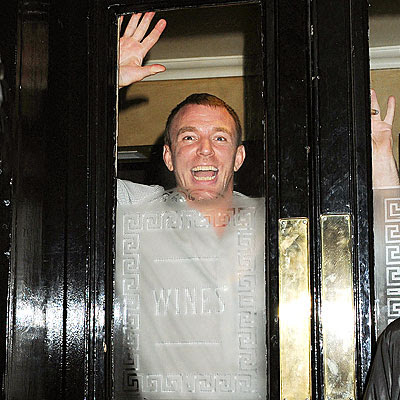 There isn’t anything that Guy Richie hasn’t tried to escape from his shit-show marriage to Madonna. While rumors have been flying (the friendly skies) for years about Guy trying to leave his marriage from Madonna, I think this really goes to show he means business. Unfortunately, Madonna must either have that door double-bolted or she literally has him chained to the radiator. Better luck next time, Guy.
Guy and his family were celebrating his 40th birthday at a London pub, “The Punchbowl” the other day. What a real treat. Pip pip! I think the real question is, when are they going to make another League of Their Own so that Madonna can revive her role as “All the Way, May?” You know you were thinking it too.

P.S If I were ever to run into Madonna on the street, I’d punch her in the nuts. Good day.