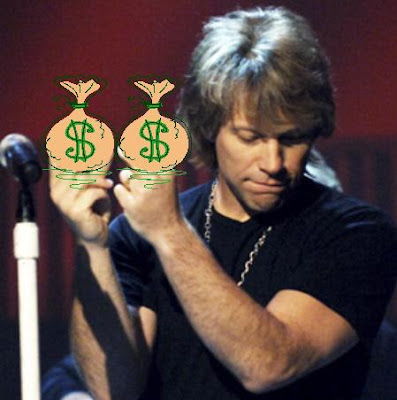 According to the sick bastards over at TMZ.com Bon Jovi is being sued for $400 BILLION by a Boston band called, “The Chelsea City Council” for allegedly taking part of their lyrics during the 2004 John Kerry campaign and using them in the song, “I Love This Town.”

Seriously this is the best story of the day for me for many reasons. If you’re a reader of IBBB, you know that my friend Janine is the biggest Bon Jovi fan. Literally, it’s at an unhealthy level….but no judgement. The fact that Janine is not only from Boston, but the actual city of Chelsea is priceless. I’m pretty sure this “band” called The Chelsea City Council is really just Janine and her friends.