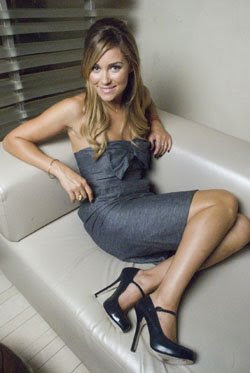 Happy Friday and welcome back to everyones favorite lazy segment called “This Time Last Year.” This Time Last Year will take a brief look at what was going on in the celebrity world…this time last year (go figure). Oh, and also I’m lazy so this is pretty easy to do on a Friday. Here’s what was going on with Lauren Conrad and her words…this time last year…
I don’t know where these rumors started that say that The Hills isn’t real or is scripted? Who would say things like that? Ok, fine so I say it and write about it on a weekly basis, but it’s all in good fun. Well Lauren Conrad isn’t hearing any of that. Lauren has issued the following statement:
“There have been some rumors in the press about The Hills being fake. Many of you have been asking me if the rumors are true. There are false rumors every week about me and I can’t address every rumor out there, but I feel like this was important for me to respond to. The show is not fake and this is really my life.”
Hmmm that sounded scripted. Also, this really is your life? That’s sad (See Ya!). Seriously, who issues a statement like that? She should have had a press conference. And what does she mean that there are false rumors about her every week that she can’t address? I think there are two rumors each week: (1) The Hill is fake and (2) Lauren had a sex-tape with Jason Wahler. That basically sums it up, no?According to Lauren, what are some other things that are real?