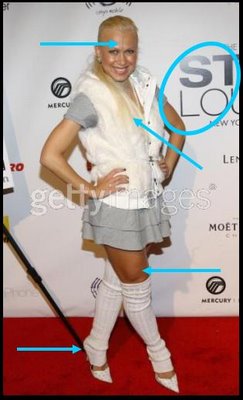 If you’re like me, you’ve probably been wondering where in the hell Oksana Baiul has been. Well you can take her picture of the back of the milk carton because she’s been found. And, lucky for us she has been spotted wearing everything that she owns, at the same time.

Oksana was recently at the Caravan Host StyleLounge Opening Launch Party with the likes of, my favorite, JoJo and also Sophia Bush. I mean, clearly it’s A-list all over the place. Poor Oksana kinda looks like she came right off the ice and ran the red carpet. Also, check out the letters in the background. Even they are trying to tell her something. She clearly is “LOST.” I give that a 2.0.