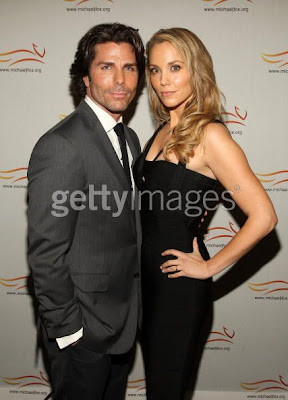 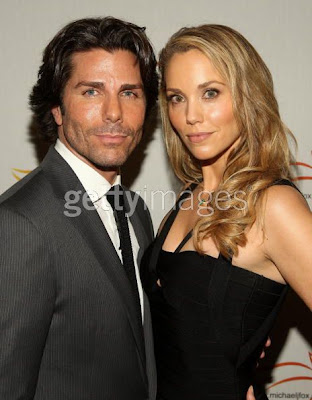 So does someone wanna tell me when in the hell Jesse Spano and AC Slater broke up? Did Tory have something to do with this? Damn her and her leather jacket! You know Kelly couldn’t have come between these two since Kelly’s dad lost his job and Kelly couldn’t afford to go to the prom so Zach and her had to dance outside of the prom in sweatpants just to the left of the cafeteria picnic tables. Jesse’s dad would have never lost his job and AC Slater was all about moving his social status up. Anyway.
Elizabeth Berkley and a taller, thinner, tanned, Eric McCormick lookalike (Greg Lauren) attended the “A Funny Thing Happened on the Way to Cure Parkinson’s Benefit” which benefits the Michael J Fox foundation and was held at the Sheraton in NYC the other night.

I like it when good people do good things for a good cause….and then I find some way to make fun of them. Now do I burn in hell for an eternity of just a certain period of time? Does anyone know how exactly that works?