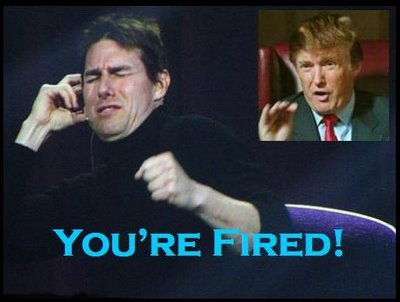 TMZ is reporting that Tom Cruise has been shit-canned from Paramount pictures after 14 beautiful years and crazy times.

It also has been reported that the head dude at Viacom, Sumner Redstone, mentioned that Tommy’s whacko behavior over the past view years (from his display on Oprah and dissing Matt Lauer on the Today Show) may have had a negative effect on things.

Redstone has also told the Wall Street Journal that, “His recent conduct has not been acceptable to Paramount.”

What will Tom do now? I mean how will he survive? He has a wife and a new baby! I hope they don’t have to go on food stamps 🙁