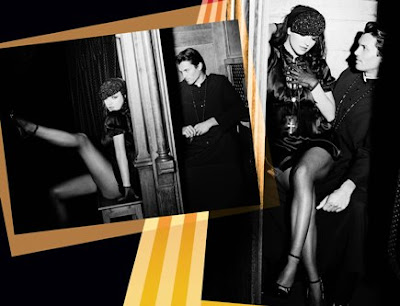 Happy Friday and welcome back to everyones favorite lazy segment called “This Time Last Year.” This Time Last Year will take a brief look at what was going on in the celebrity world…this time last year (go figure). Oh, and also I’m lazy so this is pretty easy to do on a Friday. Here’s what was going on with Britney and the Church…this time last year…
This may be hard to believe, but Britney is in the news again. This time it’s because of her new album, which I believe is called “Baby One More Time.” Britney is dressed like a widowed streetwalker and is sitting on the lap of a “priest” in the confessional booth. The Catholic church, of course, is outraged at this as it really cuts back on the amount of time they can focus on trying to molest their alter boys and raise enough money to pay their legal bills due to the thousands of molestation cases against them. Geesh, I’d be mad too.
One spokesperson for the Catholic league has said, “She should be trying to be an entertainer without mocking a Catholic sacrament.” True. Oh, yeah, you know what else is kinda true? A spokesperson for IBBB has issued the following statement to the spokesperson of the Catholic league. “Priests should be trying to be holy-like without molesting children.” While I know that’s not a sacrament it should just go without saying.
Look, I’m not saying all priests are diddle-monsters, but probably the majority of them. While Britney is “train-wreck-hot-sex-on-a-plate,” there is nothing wrong with these pictures. I mean, maybe if her “gentlemen greeter” was showing that could be an issue, but I think the Catholics who are obsessed out there should just be pleased that photographs are out there with a girl of legal age on the lap of a priest….with key focus on “girl of legal age.” This is actually some good press for them, no?