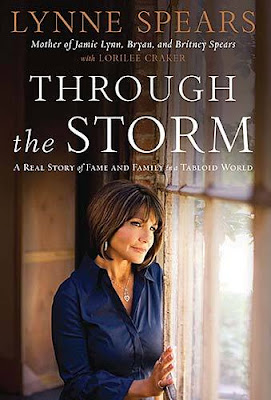 It seems like just yesterday Lynne Spears was supposed to write a book on parenting, but then her daughter, Britney, was forced into a mental institution and her other daughter, Jamie Lynn, got knocked the hell up at 16. Clearly the book theme was scrapped, but not the book deal overall.

Lynne has a new book called, “Through the Storm” in which she talks about such things as her reponse to Jamie Lynn’s pregnancy news, the events that led to Britney’s meltdown, her showdown with Sam Lufti, how her faith and family have helped her through it all, and more. And less!

I’m sure Britney is going to love this. Hide the clippers and break all the umbrellas. I’m feeling a relapse coming on soon.

As a sidenote, I’m hoping Meredith Baxter-Bernie plays the role of Lynne Spears if/when they ever come out with a Spears movie of the week. I’m actually kind of shocked FOX isn’t already on that.