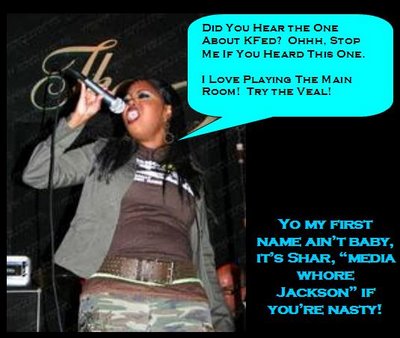 Shar Jackson, the ex-wife of Kevin Federline, spoke out to US Weekly and Inside Edition about the recent split of Britney and Kevin. Wait, did you guys not hear about Britney and Kevin? Shar mentioned that KFed was a nice guy and that she actually felt bad for him. However, when Inside Edition asked Shar why the public is psyched about the split, she replied, “I think part of it is because whether you know him or not, he has become almost a national joke.”
Um, aren’t jokes supposed to be funny? Like the time when Jan Brady tossed that black wig on her head? That was funny. KFed = not funny. KFed = sad. I’m not a lawyer (like Star Jones), but could you give someone the death penalty during divorce proceedings? If so, I think they should try to give KFed the death penalty.
Anyway check out more info on the boring interview here