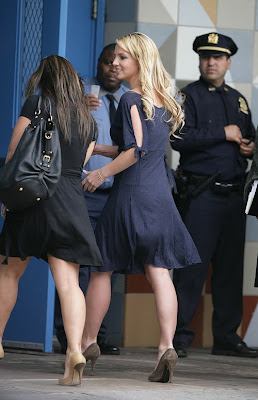 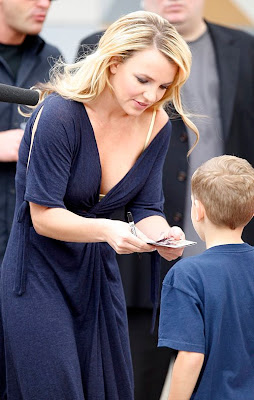 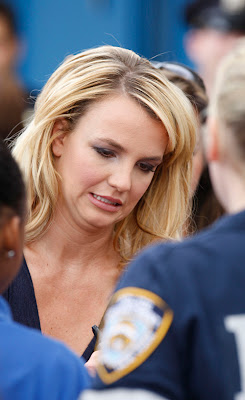 Looks like there’s another “girl from the Bronx” besides Saint Jennifer Lopez de las Bronx. While Britney is on her tour of New York City, she stopped off at a school in the Bronx where she walked around the school, posed for pictures, make awkward faces, showed a little of her bra whilst she bent over, and even signed some autographs for some young and impressionable children. I want to see what that “autograph” that the little boy has said. While most assume it just says, “To Tommy, Love Britney” I bet it actually says, “Can you ask your momma if I can have custody of you? Come home with me Tommy, come home with me.”

It’s also not certain whether or not Britney spoke with the school children about her supposed sex tape. Her ex, Adnan (a name which means, “4 seconds away from declaring jihad) is now coming forward saying that there is not a sex tape and he has no idea what that rumor came from.