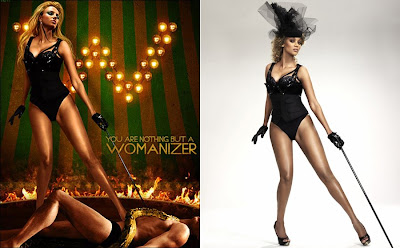 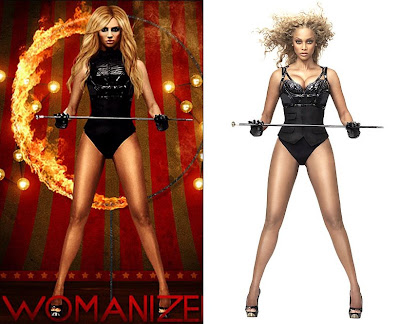 If you don’t know by now because you’re too busy reading about gas prices, banks closing, businesses filing for Chapter 11, and political bullcrap, Britney Spears will be releasing her new single soon called, “Womanizer.” With that comes all sorts of crazy people trying to leak the song and show what the cover will look like. Just wait for it. Who the F cares?! Well, the latest leak was the above cover, but it has now proven to be fake and, more importantly, it’s been a rip-off of Tyra Banks from America’s Next Top Model. You wanna be on top? Well don’t F over Tyra. That’s the rule. You totally know that Tyra will find a way to incorporate this into a future episode of ANTM. She’ll tell the model girls about how she was a victim of identity theft or some shit.
I wonder what the actual promo cover will look like? I think it would be AWESOME if it was of Britney with the shaved head and umbrella attacking that SUV. She should totally do it. I’m sure she can laugh about it now. No? Not yet? Ok, well give it another year. Maybe for her Christmas album in 2009.
www.myspace.com/ImBringingBloggingBack