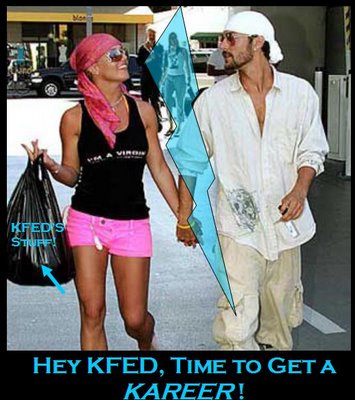 According to TMZ, Britney Spears filed legal papers today citing irreconcilable differences and seeks custody of both of her kids.

I’m sure that more details with come from this, but it’s just breaking news so what do you want from me? Like I said in an earlier post, first Whitney Houston….and now Britney Spears. This gets me to thinking, Whitney and Britney are totally next in line to star in “Thelma and Louise 2: Eccentric Boogaloo!”

No word yet from KFED, although I do know some IBBB readers who already informed me they are going to his concert tomorrow in Chicago. Since they could be the only 7 people there, perhaps they could ask him how he’s doing.

Oh and also of importance, go vote today. Should I have started with that first?
Who Said That!?!?