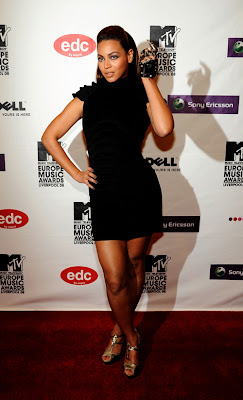 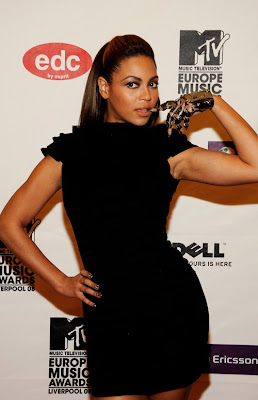 What ever happened to the good old days of just standing their and yelling, “Cheeeeese!” It was a simpler time. Now, Beyonce is biting her finger and raising her hand up in the air all whilst crossing her legs. And don’t give me the bullsh*t that she’s playing that ridiculous “Sasha Fierce” character. Yeah, no, it’s not a character. That’s actually called “Multiple Personality Disorder.” Own it. Remember when Garth Brooks pull this crap? Yeah, where is he today?
Beyonce and her magical gloves of horror attended the European MTV Music Awards where she is supposed to perform a few songs for the rotten-toothed audience. Unless she’s belting out “Say My Name” or “No, No, No, No No” I’m not overly interested.
Yowza! I’m a grump machine today!