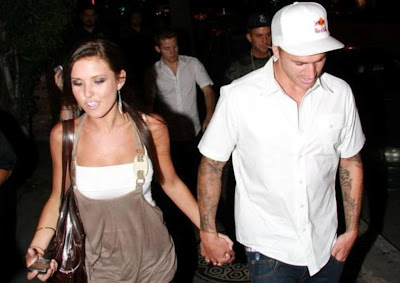 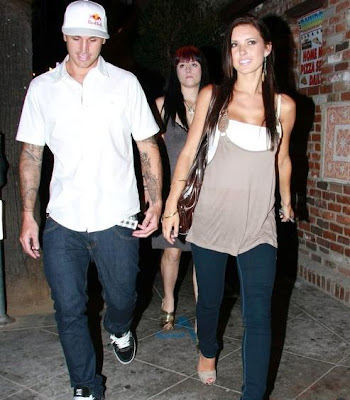 Seriously what kind of crap is Teefs Patridge trying to pull on me. Audrina and her “friend” were walking hand in hand outside of the Rainbow Room just yesterday. Uh, Audrina? It’s 2 more sleeps until The Hills starts up again, you think it would be possible to hang out a little with Justin Bobby. Geesh. You are so useless. It’s like Mrs Claus being photographed with The Grinch on Christmas Eve. Way to ruin my holiday, Audrina, way to ruin it.
I’m not sure who this dude is, although by the looks of him I think it may be Pink.

In actual Audrina news, Audrina will be shinning up her teeth and flexing her acting muscles as she is scheduled to have a guest appearance in an upcoming Fox TV show called Do Not Disturb. Audrina will play a guest checking into a hotel. No really. She is. Fine I’ll watch it. What better acting experience than 4 years of being on The Hills? Look out Emmy! Oh, and by Emmy I don’t mean the award, I mean the lady who works the unemployment line. Audrina will be visiting you soon.