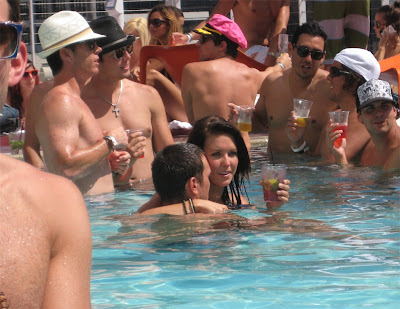 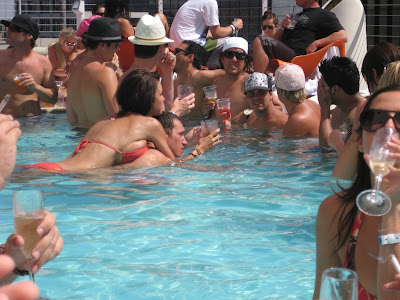 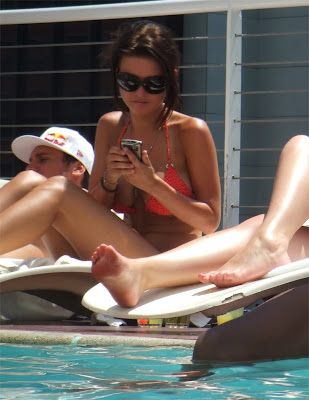 Ain’t no party like a douche bag pool party ‘cuz a douche bag pool party don’t stop! Audrina and her teeth strapped on a bikini and hopped in a pool of douche the other day in West Hollywood, CA. Seriously? Are you kidding me with this? So this actually exists. These people are for real and not, like, filming a music video or something? I guess it’s not so far fetched. When I swim I typically wear my thick Jesus chains, and then I either alternate between by straw hat or my winter knit cap. I mean, it is the summer, it gets chilly.
So there’s nothing to really report on the Audrina front, except that she’s squishing her boobs onto some dudes back who happens to not be Justin Bobby. Oh and there are only 11 more sleeps until the new season of The Hills starts! It’s the night before my birthday, so thank you MTV for the wonderful gift of brain rot.
P.S Audrina’s boobs look as real as a Disney character at an inner city Columbus Day Parade.
www.myspace.com/ImBringingBloggingBack