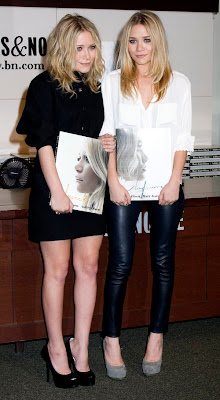 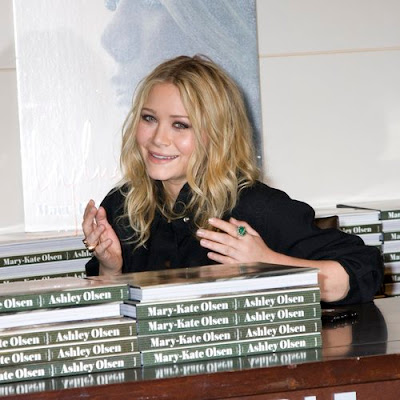 Oh, no? That’s not what they were signing? Well thank Jesus Claus I didn’t end up calling in sick from work to go see The Olsen’s because I almost considered it. My friend thankfully alerted me that both Olsen Sluts were going to hold a public signing at Barnes and Noble in NYC and I just assumed it was a signing of their old single, “I’m the Cute One,” but it wasn’t. They were signing copies of their new coffee table book, “Influence.” How old are these two now? Are they signing with crayons?
Then to make matters worse, PETA was outside of the book signing not only protesting The Olsen Sluts, but they also kinda stole my nickname for them. See the picture below? Yeah, that’s PETA calling them the Olsen Tramps. I’ve put a call into my lawyer to see if I have options. 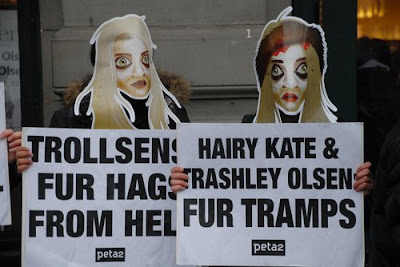