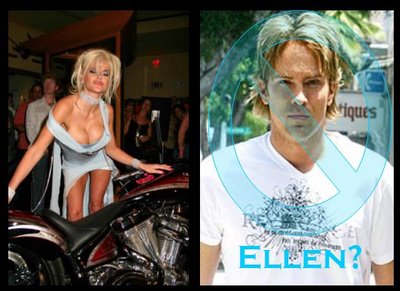 …at least that’s how I think she would say it. Anna Nicole’s ex-boyfriend has officially filed a lawsuit against Anna, claiming he’s the father of Anna’s new daughter and wants the baby to take a paternity test. Hey, that’s just like it says in the Bible!

According to the lawsuit, Anna was taking meth and that Howard K. Stern has been facilitating her habit. Well Merry Crystalmethmas Anna!

Move over “House of Carters” there’s some old fashion white trash we need to deal with first and then we can move back to yours. Be fair. Share.

Who’s In Court About Who!?!